I have so much to say. And the best part I’m not going to save for last. Last month, I held this little guy in my arms. 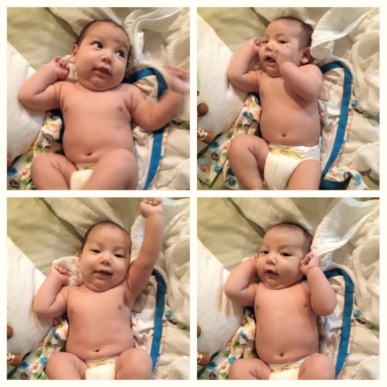 My most precious nephew. He’s the best. THE. BEST. My heart has reached a new capacity to love and in turn my heart has extended its capacity for more of my Father’s love. And life just never ever gets better than that.

So I could stop right here… but there’s so much more to share.

I spent three weeks in the States and returned back to Japan at the beginning of the month. A friend who spent three and half years as a missionary here warned me that readjusting could take double the time I was away. So doing the math, that would be six weeks. I’m on week four, and it doesn’t help that I have been living in a new city since I returned. And it’s a beautiful one in which I’ve traded convenience and isolation for living on a mountaintop in community. Definitely a trade-up, but it is taking some adjusting.

And in the last four weeks, I’ve had quite a few firsts…

First time striking up an acquaintance with a stray cat. I call him Graceson and he’s about the friendliest feline I ever did see. And for the record, I’m not sure that he’s actually a he.

First time eating matcha soba, which is a spectacular first for someone as obsessed with matcha as me. Oishi! (Delicious!)

First time in a hospital in Japan and first time meeting a precious one within less than 24 hours of arrival! Kawaii! (Cute!)

First time eating robata with chicken intestine and kidneys as a main highlight. I’m still trying to digest this one. Pun intended. I don’t know, maybe just one day this experience will come in handy… like when the Travel Channel looks to replace Anthony Bourdain?!

And this is by no means an exhaustive list!

One big first that I’ll add is that last week I booked a one-way ticket from Osaka to Los Angeles. That was a first.

It’s crazy, and hasn’t fully set in. And did I  mention I have NO IDEA what I’m going to do and where I’ll live? But, I am so at peace. I mean, beyond at peace… and we know where that peace that passes all understanding comes from. Thank you, Jesus.

So going back to the mountaintop I’m currently living on. For the last month, probably 90% of the time I have walked up and down the mountain to get to and from the station. And it’s been a precious time for me to slow down, while speeding up my metabolism!! Kidding aside, inconvenience can make room for much patience and clarity… if you’ll let it.

Last night, walking up the mountain… this really spoke to me. 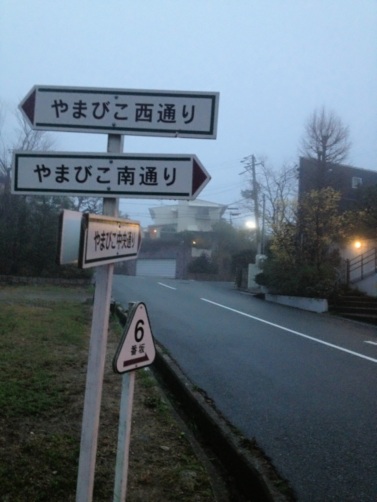 I can’t read any of it, except the obvious.

And so it was as I sought Him for my next step. Only one thing was clear… the still small voice in my heart that said, “come home.”

But this came just when some of the things near and dear to my heart have started to happen. Last week, I met with five others who have hearts for those working in the sex industry.

And last Friday, this happened.

Technically, I didn’t lead a  Holy Yoga class. But a friend wanted to host a yoga event and asked if I would help. So I opened and ended the class sharing some of His heart and prayer, while my friend handled all the yoga instruction. And I also had the opportunity to distract two precious ones during the class so their Mom could be free from distraction. And I would say that that’s all pretty holy.

So how can I leave now?

And that’s where His peace enters along with some new perspective. These things that I’ve been making the end goal, I’m now understanding to serve as guideposts. They’ve helped guide my steps, and confirm that I’m right where I should be.

The end goal is always Him, and always His. That’s what I’m beginning to see.

This was also taken on my walk home last night.

When I reached what you see at the end of this photo, I met a woman walking down the mountain with her two dogs. She asked me if I passed any wild pigs. I assured her I hadn’t.

Apparently, boars are pretty prevalent but so far, I’ve been in the clear. Just as I should be…

There will be a highway
called the Holy Road.
No one rude or rebellious
is permitted on this road.
It’s for God’s people exclusively—
impossible to get lost on this road.
Not even fools can get lost on it.
No lions on this road,
no dangerous wild animals—
Nothing and no one dangerous or threatening.
Only the redeemed will walk on it.
The people God has ransomed
will come back on this road.
They’ll sing as they make their way home to Zion,
unfading halos of joy encircling their heads,
Welcomed home with gifts of joy and gladness
as all sorrows and sighs scurry into the night. Isaiah 35:8-10MSG

I’m going home, and it’s definitely bittersweet. Yet what seems like the end for me in Japan, could very well just be the beginning…

I’m not really sure but I’m all the more sure that Jesus is really crazy about me. And I may not know what’s around the bend, but I know it’s going to be so, so good.

“Set up signposts to mark your trip home.
Get a good map.
Study the road conditions.
The road out is the road back.
Come back, dear virgin Israel,
come back to your hometowns.
How long will you flit here and there, indecisive?
How long before you make up your fickle mind?
God will create a new thing in this land:
A transformed woman will embrace the transforming God!” Jeremiah 31:21-22MSG